Surbiton Station is located 85km North of Alpha on the Belyando River with a mix of flooded alluvial country, Brigalow and Blackbutt flats and spinifex/neverfail forest country. All paddocks have water points located not more than 4.5km apart, with water delivered via troughs to all cattle (i.e. no walk in dams, only naturally occurring water holes/melon holes).

Surbiton operates as a breeder through to Bullock system, with extra steers being introduced/purchased. 70% of the breeder herd is high content/pure Santa Gertrudis with remaining 30% a mixture of Santa/Brahman, Santa/Angus, and Brahman. The breeder herd is seasonally mated, with bulls entering the herd in November and being removed in March. Bulls are semen tested and inoculated with Vibrio, whilst calves receive a 7-in-1 shot and weaner heifers a lepto booster. Heifers are yearling mated (before culling) and all empty females of all ages are culled without exception. Looselick was historically provided for breeders in the forest country from weaning (May-June) through until decent rain.

We commenced using the BLM White Cap product in April 2012. Prior to this, the property was struggling to achieve acceptable calving rates or preg-test rates. There was also a high variance in the size and development of calves. At branding in February 2013, we branded the most even line of calves that our operation has ever produced. There were less (if any) of the “poor doers” or straggly calves and they all appeared to be stronger, better-developed calves, even at that age (3-6mths).

At weaning (May 2013) we preg-tested the entire herd as per normal procedures. We were stunned at the result. No paddock recorded less than a 20% improvement on the historical average for that paddock/mob, with every paddock exceeding previous conception records. One paddock of joiner Brahman heifers recorded a massive 94.5% conception rate (121/128 PTIC). Condition score was greatly improved, milk production was superior and strength was markedly different from that which we had previously experienced.

We dosed our weaners with Green Cap from the day they were removed from their mother. By the next afternoon, they were being tailed. I have never used an electrolyte that can calm cattle and prevent weight loss that can be even mentioned on the same page as BLM’s Green Cap. Cattle were contentedly camped less than 2 days after removal from the herd, which in our experience was a remarkable feat, that unlike other gains we believe the various products to hold, cannot really be disputed, or have alternative theories floated.

The same experience was had when introducing a large mob of bought steers to the property. Purchased through two different sale yards, from 11 vendors, steers that had had little if any prior handling other than branding, cattle were inducted and turned (very quickly!!!!) to a holding paddock where they received Green Cap. The change in attitude over three days was astonishing and difficult to explain without a video camera and before and after shots.

Perhaps the most quantifiable benefit we have identified from a BLM product is the increase in MSA grading Surbiton Station has received since dosing finished steers with Green Cap prior to dispatch. Fully 55% of entire consignments are grading both MSA and Company Spec MSA (the hardest to obtain, given its frequent goal shifting nature) standard, up from a historical level of 35%. Individual mobs prior to using Green Cap have graded very well, but as consistently or with as many animals in the better/higher boning groups.

Surbiton Station elected to trial the products because of three main reasons: the price, the ease of application (and the associated benefits to both cattle and workforce) and the need to see better conception rates in the breeder herd. The deficient nature of some paddocks necessitated a wet season supplementation regime, and the White Cap product was chosen to be used, given the above reasons.

Surbiton is not a place that can point to statistics or individual weight gains over decades. Various changes in management styles make it difficult to use figures to explain what I know BLM products have delivered, but the visual assessment of the cattle post usage, coupled with those quantifiable figures outlined above, I believe genuinely confirms the product as a comprehensive and effective product in seriously improving the all-round health and productivity of any style of cattle herd in various land types. 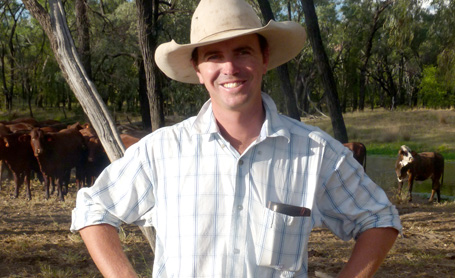 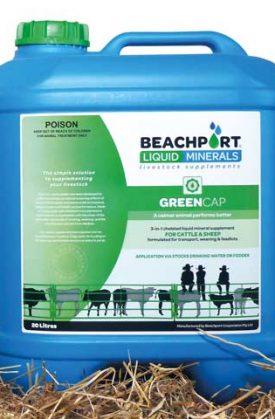 Naturally calm livestock to improve ways of coping with stress during weaning, introduction and exit from feedlots, yarding and transportation.

Feed conversion is the key 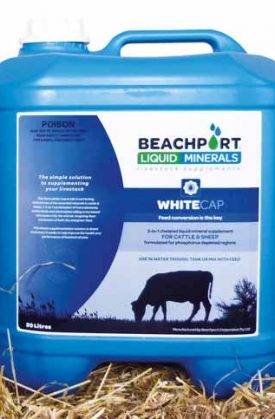